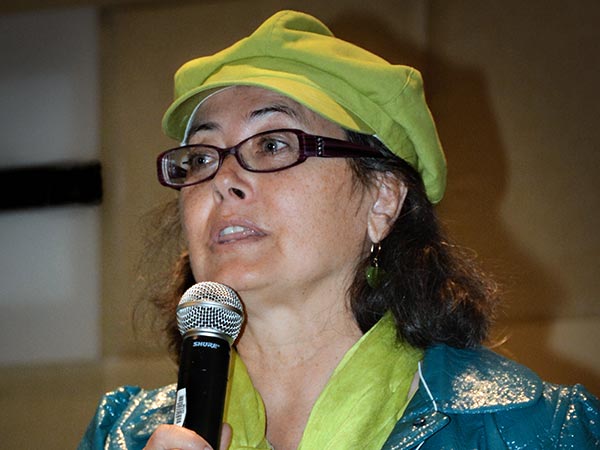 Passionate and driven, Holly Elmore is Founder & CEO of Elemental Impact (Ei), a U.S.-based global non-profit committed to bringing regenerative operating practices to the corporate community. Beginning her career as an auditor and CPA with Arthur Andersen, Holly worked nearly seven years in the corporate arena. Within her entrepreneurial spirit, Holly created Executive Catering & Events, a prominent corporate-catering company. Over the next fifteen years, Holly operated Executive Catering along with two successful restaurants in the Atlanta market.

Following her restaurant and catering years, Holly served as Founder & Executive Director of the Green Foodservice Alliance (GFA), an affiliate of the Georgia Restaurant Association. During her GFA tenure, Holly created and launched the Zero Waste Zones (ZWZ) program. In 2010, Holly founded Ei as the new home for the ZWZ. The National Restaurant Association acquired the ZWZ in 2012.

Holly utilizes her extensive business skills to make a difference through Ei, now in its 11th year of Regeneration in Action. Holly channels her energy and enthusiasm into Ei, spearheading initiatives that benefit the community, the environment, and the bottom-line.

As the “pen” behind the Fingertip Press, Holly is the author of the Ei website and the two Ei Online Magazines: Regeneration in Action and The IMPACT that document the organization’s journey and successes. In addition, Holly is a professional photographer and published photojournalist.